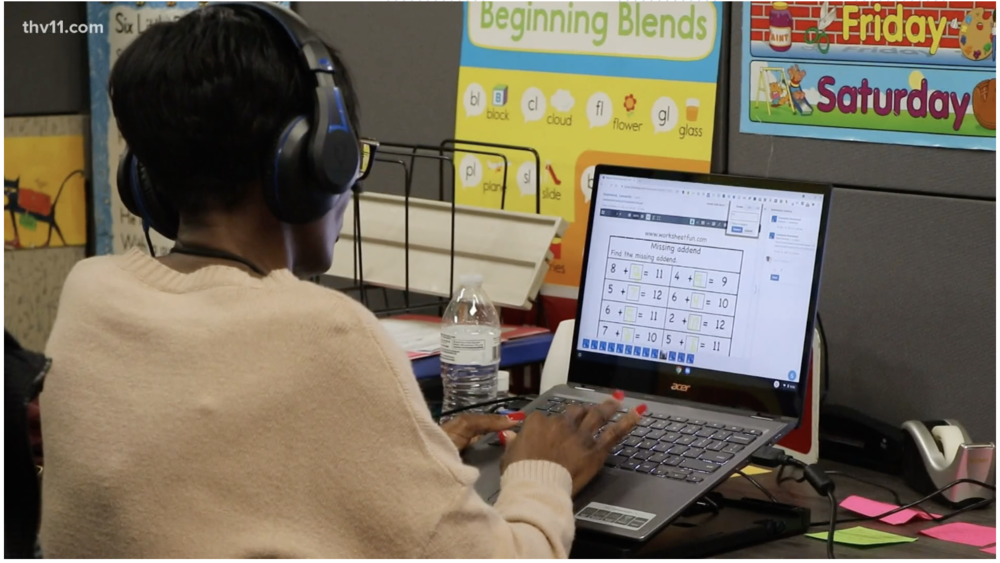 LITTLE ROCK, Ark. — Arkansas school districts are already asking families what their plans are for next semester, now that many have two options for learning.

It's a type of teaching that's here to stay. Now, the question is how many students will continue to learn this way?

"The first semester of virtual academy went pretty good, considering we had to really get in gear fast," he said.

This new way of learning is something Rachel Blackwell, PCSSD's Digital Learning Facilitator, said the district believes is vital.

"We're planning it to be a permanent fixture and part of PCSSD for our learners who need that option," she said.

About 100 of those students have chosen to go back in-person next semester, according to Blackwell.

"I figured some would want to choose to go back just because they were doing it out of a necessity versus their preference," she said.

Blackwell said they expect enrollment numbers to be similar when students come back after the break, because about 80 new students have applied to go the virtual route.

It's a little bit of a different story with LRSD, according to Fields.

"We had a total of 515 students that have signed up to return to in-person learning," he said.

That's out of the 1,100 students the district's Ignite Virtual Academy has this fall.

Fields said 115 new students have already signed up for next year.

"We do have some flexibility, whereas if we need to monitor and adjust, we'll do so," he said.

No matter how many students choose this learning route, administrators of both school districts believe it's essential to have.

"I think virtual learning has to be an option for every school district. If it's not, then you're going to lose your students," Blackwell said.

"We understand that these are unprecedented times. We've never ever experienced this before, so we have to be accommodating," Fields said.

PCSSD is keeping its enrollment open for their virtual academy until Wednesday, Dec. 1.

Re-enrollment for current virtual learners at LRSD is already closed, but new students have until 5 p.m. on Friday, Nov. 19 to register.